Mirage by the Lake by OSK Property Holdings Berhad (OSK Property) was named Best in Asia Pacific in the Condominium category at the finals of the International Property Awards 2015 (IPA) held at London’s Marriott Hotel Grosvenor Square on 7 December 2015.

The latest triumph followed OSK Property’s win as the winner in the Asia Pacific regional competition where Mirage by the Lake was conferred Best Condominium Malaysia (Five-Star) in May 2015. The regional win qualified OSK Property to compete for the coveted International Property Awards 2015 against the best property players in the World.

In its 21st year of event, the Property Awards saw a crowded field with more than 2000 entries from over 110 countries of which 640 entries from 67 countries were submitted for Development. Projects are judged based on innovation, and a commitment to sustainability. 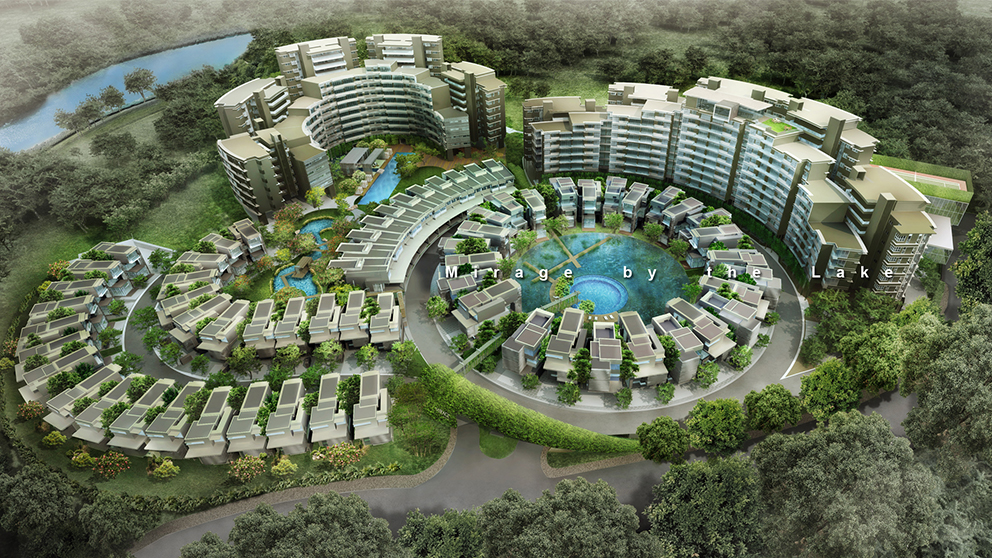 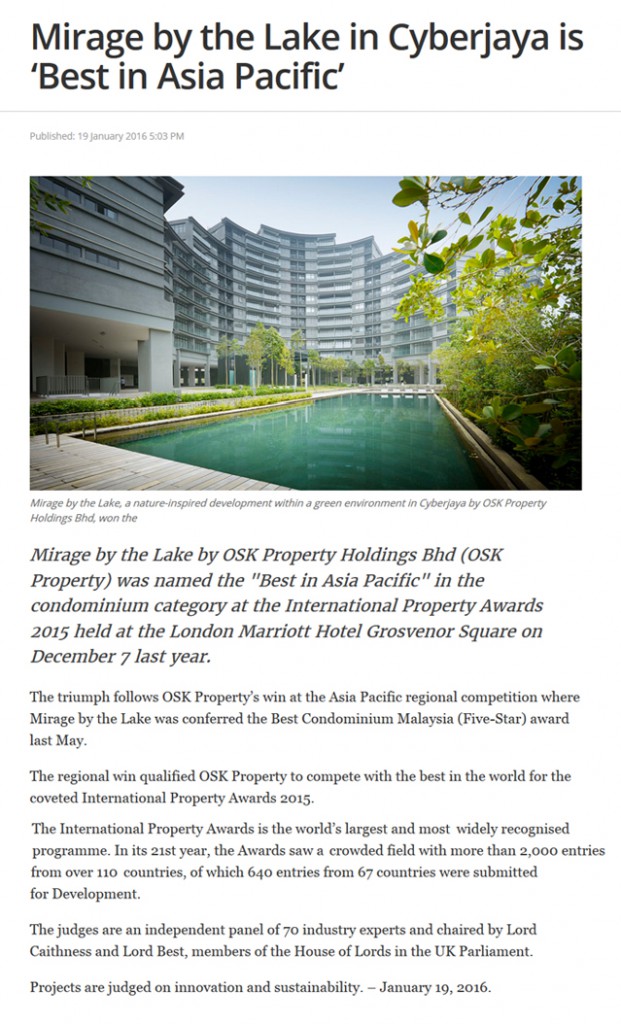